Have you considered how much your speed endurance and running technique impact your running performance? Especially with sprinters that seem to accelerate towards the end of a race, they are actually slowing down at a rapid pace due to their muscles fatiguing.

The only way to overcome this is to build your speed endurance.

If you look at some of the best sprinters or runners in general, you will see that when they were at their peak performance, they had a phenomenal amount of speed endurance.

Usain Bolt in the years leading up to the Beijing Olympics where he broke the 100 and 200m world record was actually training as a 400m sprinter and clocked 45 seconds for the race around the track.

He said it in the video below.

Michael Johnson trained mainly as a 400m sprinter and broke both the 200m and 400m world records.

Wade Van Niekerk trains as a 400m athlete and holds the world record for the event, but has run sub-20 seconds for the 200m.

It allows the athlete to hold their form and to execute more horizontal force at a higher intensity during the race.

What’s needed for athletes to execute this?

Athletes need to factor in speed endurance training into their program and they must excel in the speed endurance events so their muscles can execute more power for longer during the race.

What kind of training is required?

Doing the training at no more than 95% of the maximum speed is key to building the strength endurance. This means the athlete needs to know what split time to run in order to maintain their technique over the distance.

Get your best time and multiply it by the following. (You can use this calculator)

You can also use this calculator to get the speed metric that you need to maintain based on your personal best time.

If you run the 100m for the first time, you will do everything that you can to make yourself run faster. There are people that are born with the natural ability to run fast. While others need to develop it. If you are a beginner in the 100m and you…

All runners want to improve their running speed instantly, but is it really possible to run faster in one day? Realistically, you need to develop your speed over the long-term. However, there are a number of things that you can do to boost the chances of you running faster within…

There is nothing better than seeing the story of someone’s progression. There are some books that share this insight and that are timeless. They will continue to inspire each generation time and time again. We will continue to add to this list over time. Here are a few that you… 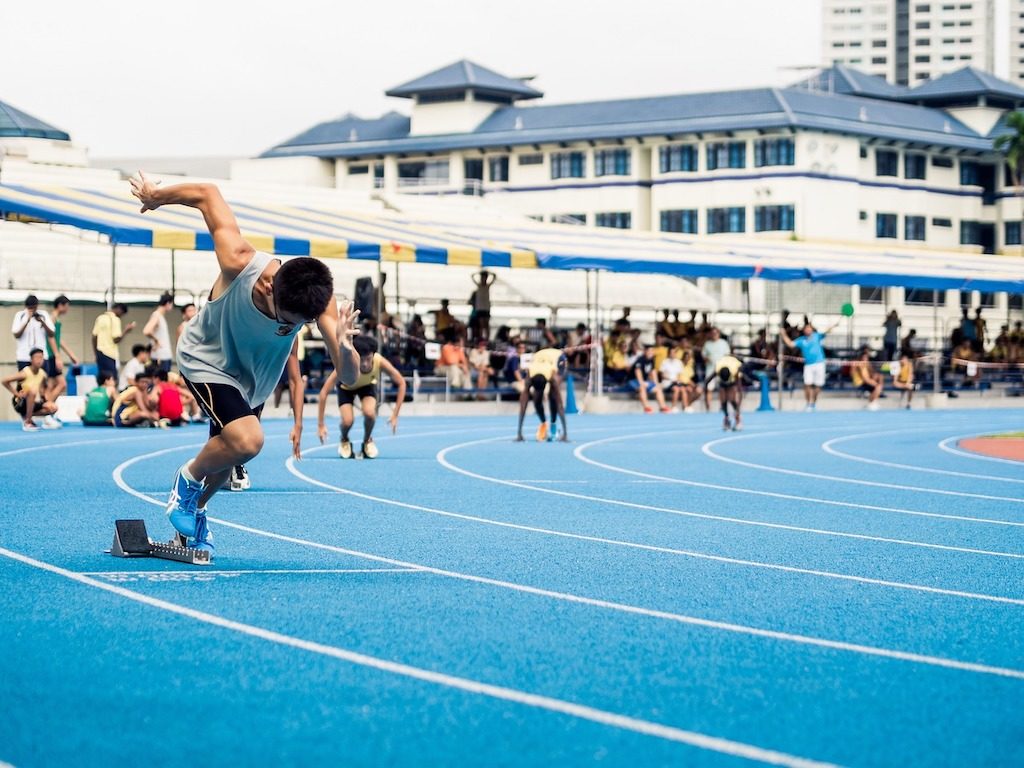 The race itself is actually won before the race begins. What I mean by this is the preparation that the athlete has done for the race. If you want to run fast in a race, you need to have trained your body to execute every phase that’s required to win…

You fancy being the fastest runner that you can be. So you want to invest in sprinting spikes that will fit you like a glove and help you enhance your sprinting performance. There are several athletics sprinting spikes out on the market, but which ones should you invest in? Here…